Di Girolamo, who is also President of the Italian Paralympic Sports Federation for the Visually Impaired and Blind (FISPIC), overcame incumbent Jannie Hammershoi of Denmark.

“This is recognition of a job started almost ten years ago together with my collaborators who have helped and supported me,” Di Girolama said. “There is a lot of work to do, but with commitment and tenacity I am sure that our movement will continue to grow and give the possibility to girls and boys to experience sport in an ever more intense way. I am very happy, I dedicate this success to FISPIC and a thought goes to my family that has always supported me .”

Azerbaijan’s Ilgar Rahimov was elected the new Vice President. Both men will serve a four-year term alongside the rest of the Executive Board who were also voted for on Monday.

After a motion to dissolve the position of Secretary General as an elected official was defeated, Sally Wood Lamont of Romania retained her position as the only candidate.

This meant Wood Lamont was then withdrawn from the race for Treasurer, with Turkey’s Eren Yildirim elected as the remaining nominee.

Italy and Turkey will fill a further two Executive Board positions, as Alena Kurlovichi and Hasan Sayyidan were elected as new Members at Large.

Egypt’s Dr Ahmed Owin and Greece’s Ioanna Karyofylli also received enough votes to secure their places on the board for the first time.

Japan’s Eigo Matsuzaki rounded off the Members at Large, and will return to his post for another four years.

The elections were held in the afternoon after the membership considered motions in the morning session. 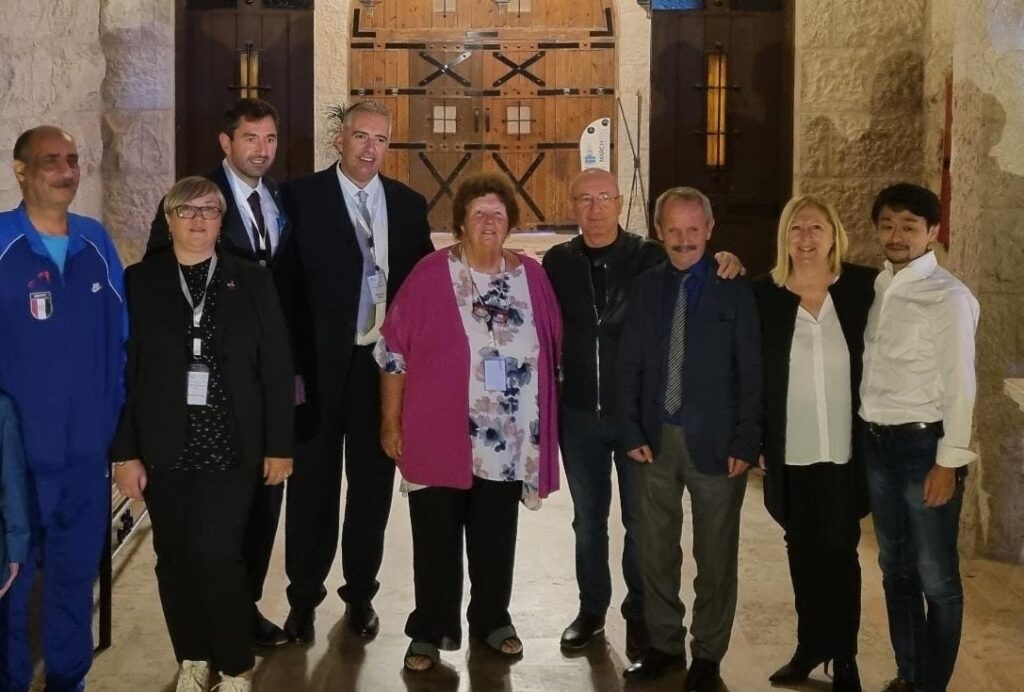 Members voted to add the Chair of the Athletes’ Committee as a position on the Executive Board. Elections for this committee will now be held at the IBSA World Games in Birmingham, Great Britain, in 2023.

Also going forward, the Executive Board has been mandated to form an ‘Investment Committee’ to safeguard IBSA’s finances and ensure the most is made of its assets.

The finances for the period of 2017-2020 were ratified as was Hammershoi’s Biennial Report.

The 2021 IBSA General Assembly concluded two-days of meetings in Jordan. An IBSA Conference was held on Sunday and was highlighted by celebrations for the organisation’s 40 year anniversary, as well as 75 years of goalball.