With incredible displays of speed, skill and strength that showed the very best of the unique game of goalball, competition at the Tokyo 2020 Paralympics was hot.

Here are five things we learnt from 10 days of competition at Makuhari Messe.

Sevda Altunoluk is the GOAT

As the only remaining member of Turkey’s Rio 2016 gold medal winning side, there was a lot of pressure on Sevda Altunoluk. Not that you would have known it from her performances.

Her talent has never been in question, scoring 36 goals in Turkey’s Paralympic debut five years ago and backing it up by finishing top scorer at the 2018 World Championships and 2019 European Championships with 46 and 39 goals respectively.

In Tokyo, her goals and experience helped Turkey top their group and bounce back from their first, and so far only, defeat in the Paralympics when they were edged out by the USA.

She then stepped up a gear in the knockout round, netting all but two of Turkey’s 10 in their quarter-final before scoring all eight goals in a semi-final win over Japan. Altunoluk went one better, netting nine goals in the final against the USA as Turkey became only the second country after Canada in 2004 to retain their women’s Paralympic title.

At 27-years-old, the star of Turkish goalball will have a couple more Paralympics left in her to help guide an inexperienced but talented side with the other members, including her sister Sevtap, having an average age of 20. 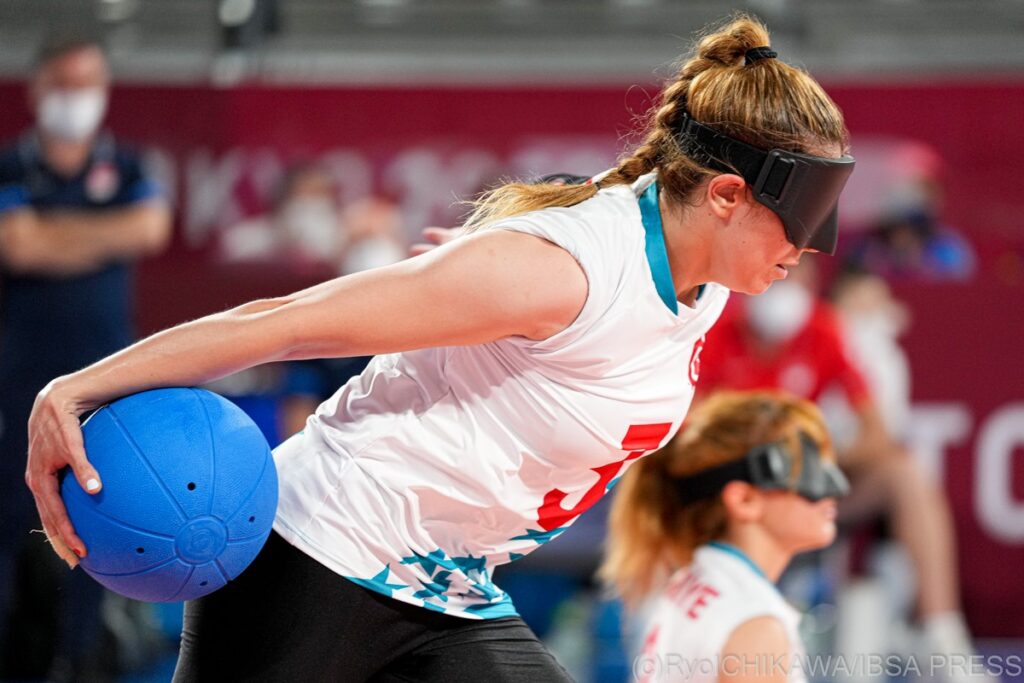 Every throw, block and goal was broadcast live to the world, creating new interest in a sport which has no Olympic equivalent.

Australia, having made it to the knock-out stages in the women’s competition for the first time, returned home under the banner of their country’s ‘new favourite team’.

In China, Hu Mingyao went viral on social media for his resemblance to anime character Satoro Goju whilst his team reached their first final since claiming gold at Beijing 2008.

Broadcast coverage in the USA and Canada, on NBC and CBC, was unprecedented as the networks showed games in primetime as both the US men’s and women’s teams went for bronze and gold respectively.

And hosts Japan – fielding teams in both genders – stunned their home audiences with performances that included a bronze medal for the women. Japanese broadcaster NHK also led their schedules with some games.

The new interest generated from the stunning displays of speed, skill and tactics as players launched the ball – and themselves – across the court at Makuhari Messe has the potential to spark the next generation of athletes, referees, coaches and officials as well inspiring people to start the game in their country.

Australia are a rising force

Coming into Tokyo 2020, the Aussie Belles had previously picked up four points across the Atlanta 1996, Sydney 2000, London 2012 and Rio 2016 Paralympics and had never progressed past the group stages.

Their latest campaign started slowly with heavy defeats against Israel and China, the first of which was a mercy defeat.

This meant they needed to beat Canada to keep their historic quarter-final hopes alive and they claimed a 4-3 victory for their first win at the Paralympics since Atlanta 1996.

In their last match, knowing a repeat performance could see them make the knockout rounds for the first time ever, they took on world champions, the RPC (Russian Paralympic Committee). In one of their most impressive ever performances, the Belles won 4-1.

After the match Tyan Taylor said: We’ve been dreaming of reaching the quarter-finals for a long time and we couldn’t have enjoyed it any more. You can look out for the Aussie Belles in future Paralympic Games, we’re not done here.”

The run was ended in the quarter-finals, but not after they had given eventual champions Turkey a scare, narrowly losing 10-6 prompting Altunoluk to say:

“It was a really tough game. They are in the quarter finals where no games are easy. They fought really well.

“Australia are improving day-by-day. We saw their improvement during the match – last time we played them it was much easier, so we congratulate them.”

The debutant Belles, Amy Ridley and Brodie Smith impressed along with the experienced Meica Horsburgh who netted nine times in their two victories. 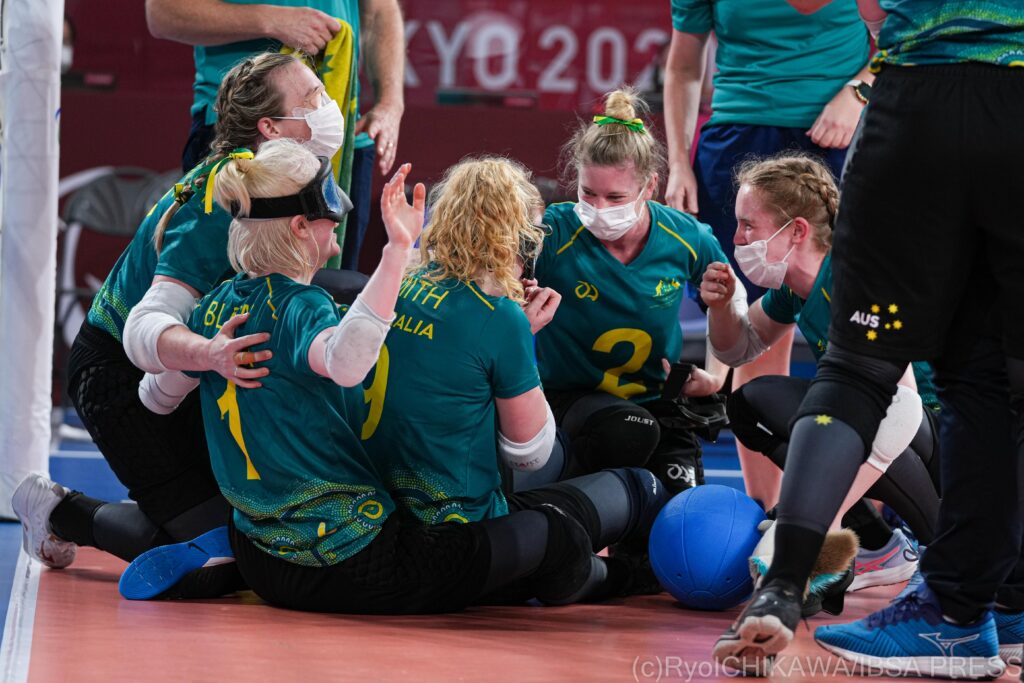 Age is but a number

Goalball is a sport for anyone whatever their age and this was highlighted in the gold medal winning Turkey side, silver medalists the USA and men’s bronze medallists Lithuania.

The former had a squad including 17-year-old Fatma Gul Guler and 19-year-old Reyhan Yilmaz while their final opponents boasted 42-year-old Lisa Czechowski in their ranks. The youngest member of Lithuania’s side was 29-years-old.

The tournament also showed the longevity of goalball players with Czechoswki, teammate Aysa Miller and Lithuania’s Genrik Pavliukianec, who had come out of retirement for the Games, collecting their fourth Paralympic medals to equal the all-time record of the USA’s Jen Armbruster.

On claiming that historic medal, Czechoswki said: “It’s an honour to achieve this milestone. I have played with so many amazing goalball athletes from the United States, and competed against so many more. I’m so proud to be a part of Team USA and a part of our team.”

In fact, many sides had players competing in their third or fourth Games but there were also impressive maiden performances from the likes of Yilmaz, Smith and the USA’s Calahan Young. 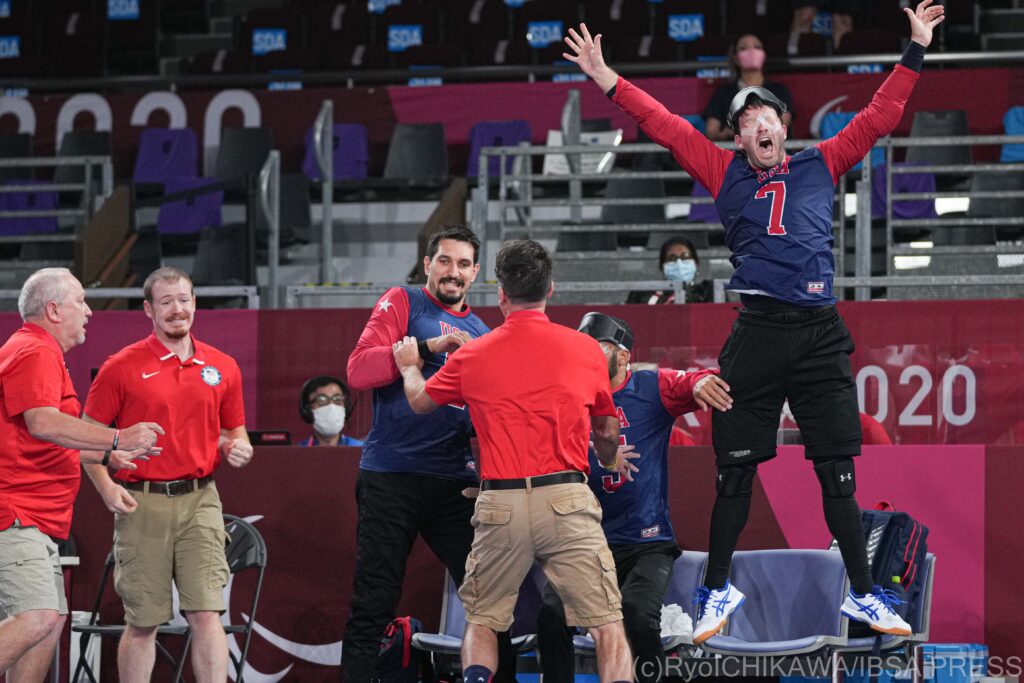 There were countries in both competitions making their debut at the Paralympics with the RPC and Egypt in the women’s and Ukraine in the men’s experiencing the Games for the first time.

As world champions, having beaten Turkey to the title in 2018, the RPC came into Tokyo 2020 with international pedigree. They started impressively with a comfortable 5-1 victory over Canada with Irina Arestova scoring a hat-trick before backing it up with a narrow win against China.

Despite losing their final two group matches, they progressed to the quarter-finals and led Rio 2016 bronze medallists the USA 3-0 at half time before their opponents’ experience showed and they ran out 5-3 winners.

Ukraine came into the men’s competition off the back of a stunning run. Having only been promoted to the top flight in 2018, and then winning European silver, they eased to an 11-5 win in their first match against regional title-holders Germany.

They eventually progressed to the quarter-final and like their fellow debutants, led the USA at the break before losing, this time in overtime.

Hosts Japan claimed a bronze medal in the women’s whilst the country had a men’s team at the Paralympics for the first time. They reached the knockout stages in style, recording stunning wins over the USA and Lithuania, the defending champions, before losing to China in the last-eight. 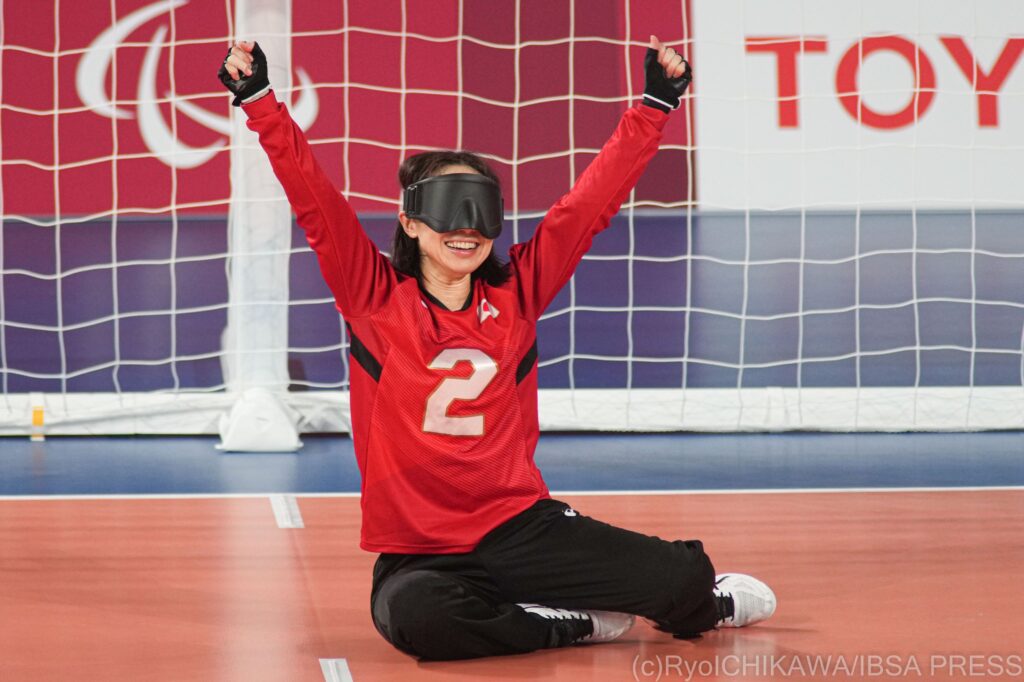