Europe’s best goalball teams will line-up for the 2021 International Blind Sports Federation (IBSA) Goalball European Championships A from Friday (5 November), as the road to Paris 2024 begins.

The competition will be shown live at goalball.sport between 5-12 November. The schedule and results are available at the Championships website here.

Pictures will be available for editorial use here.

As well as the regional title on offer, countries will have the chance to qualify for the 2022 World Championships in Hangzhou, China, which themselves offer the first tickets to the next Paralympics.

Turkey are the headline act in the women’s. The defending champions became only the second side after Canada to successfully defend their Paralympic title in August. They return to the court with an almost unchanged side.

Star striker Sevda Altunoluk left Tokyo as the overall top scorer in the men’s and women’s competition with 46 goals. The 27-year-old netted all nine of Turkey’s goals in the final against the USA to more than cement her latest top scorer crown.

Altunoluk leads a young side and one that includes her sister Sevtap. Fatamgul Guler, Reyhan Yilmaz and Seydanur Kaplan complete the returning players. 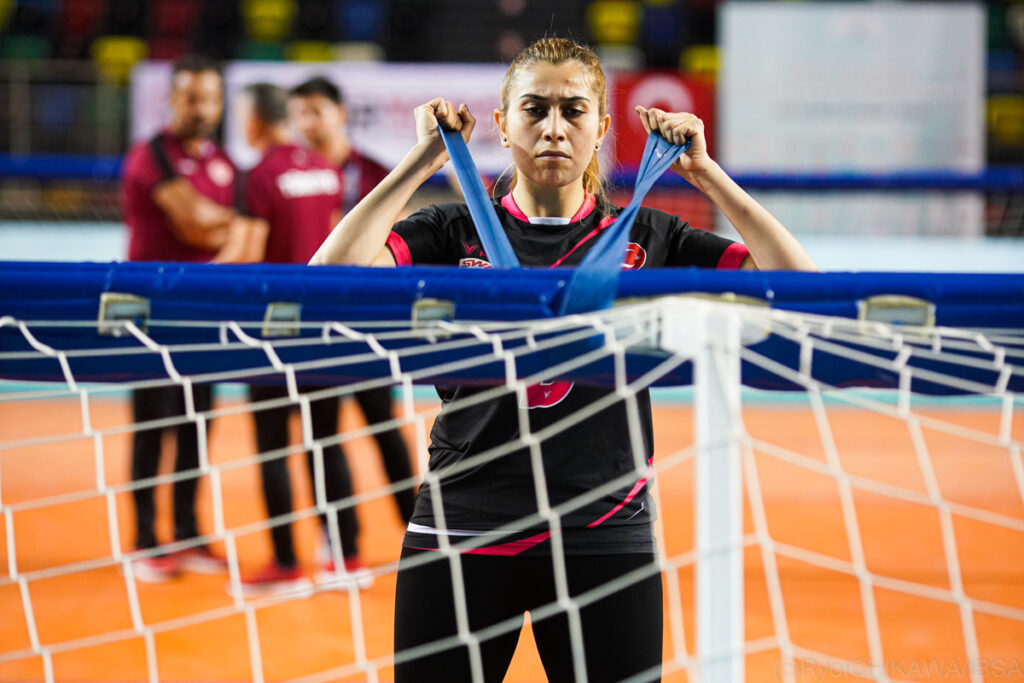 Turkey play Denmark in their opening game on Friday, a team who are competing in their second major Championships of the year. The Danish women were promoted after finishing as runners-up at the European Championships B in June.

Russia are potentially entering their final few months of being the women’s world champions, and will want to show they are better than their fifth-place finish from 2019. Irina Arestova was one of the top 10 scorers in Tokyo where Russia finished seventh.

Israel return as the silver medallists from the last Euros A in 2019. Lihi Ben David, Roni Ohayon and Ori Mizrahi form the core of their attack, with Ben David the team’s top scorer from Tokyo 2020.

The German women collected the final place on the podium at home in Rostock two years ago. Pia Knaute and Annkathrin Denker remain key players for the side who reached their best result at a European Championships since they won the title in 2005.

Great Britain lost out on a medal to the hosts last time out but are aiming for the quarter-finals once again. They will play freshly promoted Finland in their opening match on Friday. Kali Holder will be at the heart of the British campaign once again.

Paris 2024 hosts France are on an upward trajectory, concluding the trio of countries looking to retain their place in pool A after promotion.

Greece and Ukraine round off the ten women’s teams competing at Samsun 2021.

Defending champions Germany return after what they saw as a disappointing Paralympic campaign.

After winning the European title the side went into Tokyo as strong medal prospects but could not make it out of their group, just missing out on goal difference, and finishing ninth overall.

Michael Dennis, Oliver Hoerauf, Reno Tiede and Fabian Diehm stay in the line-up and are joined by Philip Tauscher.

The German’s first opponents will be Montenegro, a side who won the Euros Pool B title in June to secure a place in the top flight.

Ukraine claimed silver two years ago and the team will still be flying high after an impressive Paralympic debut. Rodion Zhyhalin led their charge into the quarter-finals where they just fell to the USA by one goal.

Rio 2016 Paralympic champions Lithuania reached the podium at Tokyo 2020 once again with bronze, managing to regroup after just squeaking into the knock-out stages. Mantas Brazuskis, Arturas Jonikaitis, Justas Pazarauskas and Nerijus Montvydas return without their Paralympic top scorer Genrik Pavliukianec who is replaced by Normantas Prusinskas.

Hosts Turkey, the London 2012 bronze medallists, will play Greece in their opening match on Friday.

Tuncay Karakaya was Turkey’s top scorer in 2019 and at Tokyo 2020 with a combined total of 29 goals.

Finland, Belgium and Spain also return to the court. Belgium compete off the back of a quarter final place at Tokyo 2020.

Pool play takes place between 5-9 November ahead of the quarter-finals on 10 November. Semi-finals and placement games for fifth-eighth place are on 11 November. The medal matches are on 12 November.