Five years ago at Rio 2016, Morocco became the first African side to compete at a Paralympic Games and now the team will be the first from the region to enter the knock-out stages.

Results are available at www.blindfootball.sport alongside live coverage, and pictures for editorial use can be downloaded here.

The final game of the group stage saw a close contest between Morocco and Spain. A draw or win would confirm a famous semi-final qualification for Morocco while Spain needed three points to attain a semi-final position for the fourth time.

Morocco’s attacking desire from the first whistle prevailed as they were awarded a penalty two minutes before half-time which Zouhair Snisla converted into the left corner. Spain reacted in the second half and equalised with a goal from Antonio Martin Gaitan. However, Spain were unable to find a winning goal resulting in Morocco finishing second in Group A. 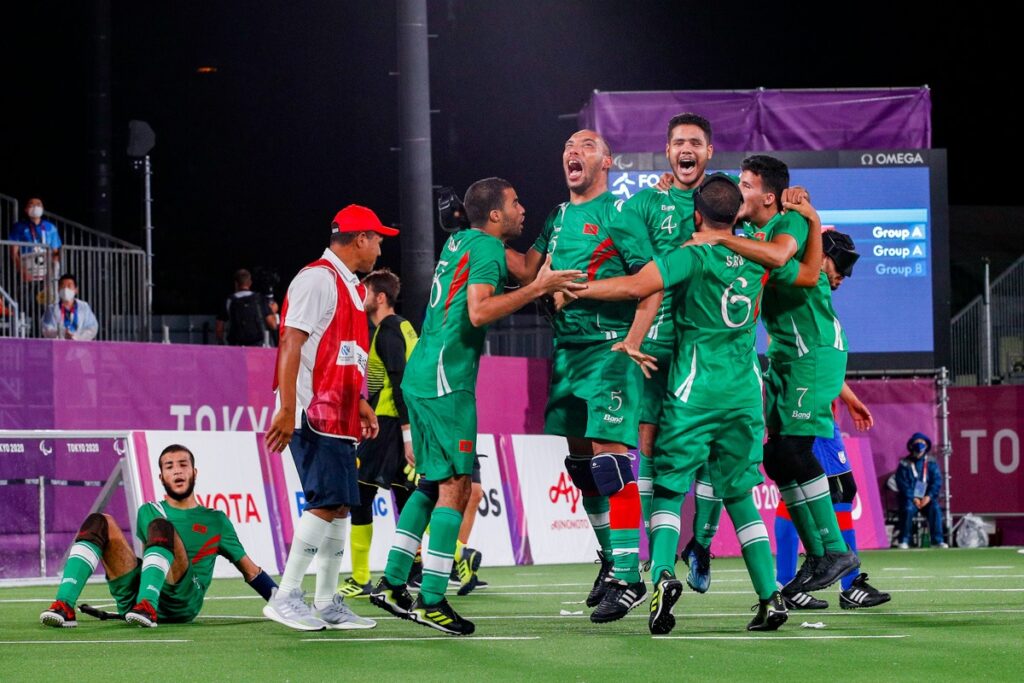 Morocco will face Brazil who took another step in successfully defending their title on Tuesday. They secured their fifth semi-final qualification with a 4-0 win over France. Raimundo Nonato scored a one-touch finish and a six-metre penalty, sharing the lead in the scoring charts with Maximiliano Espinillo of Argentina with five goals in three games.

“It was a difficult game but we managed to do our job and win. I am very happy to make my Paralympic debut and it’s an honour to represent my country.”

In the match between China and Japan, Zhu Ruiming of China struck twice in the first half to give the Asian champions a 2-0 win and semi-final qualification.

“Our team’s ability, training and coaches have helped me score so many goals in this competition. I believe in my skill and I will score another goal in the semi-final,” said the 21-year-old forward.

Argentina sealed their semi-final spot against the Chinese following a comfortable 3-0 win over Thailand in their final Group B match. ‘Maxi’ Espinillo netted his fifth goal in the13th minute along with Angel Deldo Garcia and Nicolas Veliz getting on the scoresheet in the second half.

With all the teams taking a deserved rest day tomorrow, Thursday (2 September) sees the two semi-finals as well as the 7-8th and 5-6th play off matches.