Home / News / Kornhass: The charisma of a winner

Kornhass: The charisma of a winner

There is a noise on the line. The connection breaks off several times when we reach Nikolai Kornhaß. He is on the train, like so often in his life.

“As a judoka you need a lot of training fights against good opponents in order to get better,” says the 28-year-old. The technical problems do not bother him. Kornhaß seeks and finds solutions – outside of, but above all on the judo mat. That is perhaps why he is the world number one in the men’s up to 73kg.

Kornhaß is on his way back from a training camp in Hanover to Mannheim. But the competitive athlete is still on the road to Tokyo. From 27-29 August he will be compete in the second Paralympic Games of his career.

Kornhaß is one of the most promising German Para athletes: He won bronze at the Rio 2016 Paralympics and bronze at the 2018 International Blind Sports Federation (IBSA) Judo World Championships. In 2019 he won gold at an international qualifier for Tokyo and the European Championships. At the IBSA Judo Grand Prix a few weeks ago in Baku, he fought for third place. The judoka of the Gundelfingen gymnastics club had the ticket for Tokyo long ago.

“My current form is good. With judo you can tell immediately whether you are in a good mood,” says Kornhaß, who belongs to the Paralympic squad of the German Disabled Sports Association. In addition to competitive sports, he is also studying special education at the University of Education in Heidelberg. But his focus is on Tokyo: “I have set myself the goal of winning a medal and ideally being better than in Rio.”

Born in Augsburg, he has had a visual impairment since primary school. Due to a hereditary disease, the visual cells in his visual centre, i.e. where he can see clearly, die over time. It is only out of the corner of his eye that he can see clearly. “I have often asked myself how good I would be at judo if I had full eyesight,” says Kornhaß. He thinks about it and adds: “It may well be that I am a competitive athlete today precisely because of the visual impairment.”

Men’s judo for people with visual impairments debuted at the Seoul 1988 Paralympics, and women’s judo followed in Athens in 2004. In contrast to the Olympic variant, the fight in Para Judo starts in the grip position. “There is a difference between not wanting to lose and the unconditional will to win. I take an active part in fights, accept the risk of a counterattack,” says Kornhaß. It begins as soon as he enters the hall. “Everyone should feel that I want to and will win.”

There is something else that gives him an advantage over the competition: “Nikolai always keeps a cool, clear head. He is very meticulous in training and acts intelligently on the mat,” says national coach Carmen Bruckmann. She has known Kornhaß for almost ten years. “At first glance, he doesn’t look like a colossus, but Nikolai has a lot of fighting power.”

Bruckmann does not just trust him to win the Paralympic medal in 2021. The other important factors that are required in judo are also in him: stamina, explosiveness, technical skills, mental strength – and ten years after his first participation in the German championships he also has the experience. Four times a week he completes the randori, the training fight. Strength training is also in the plan three times a week. 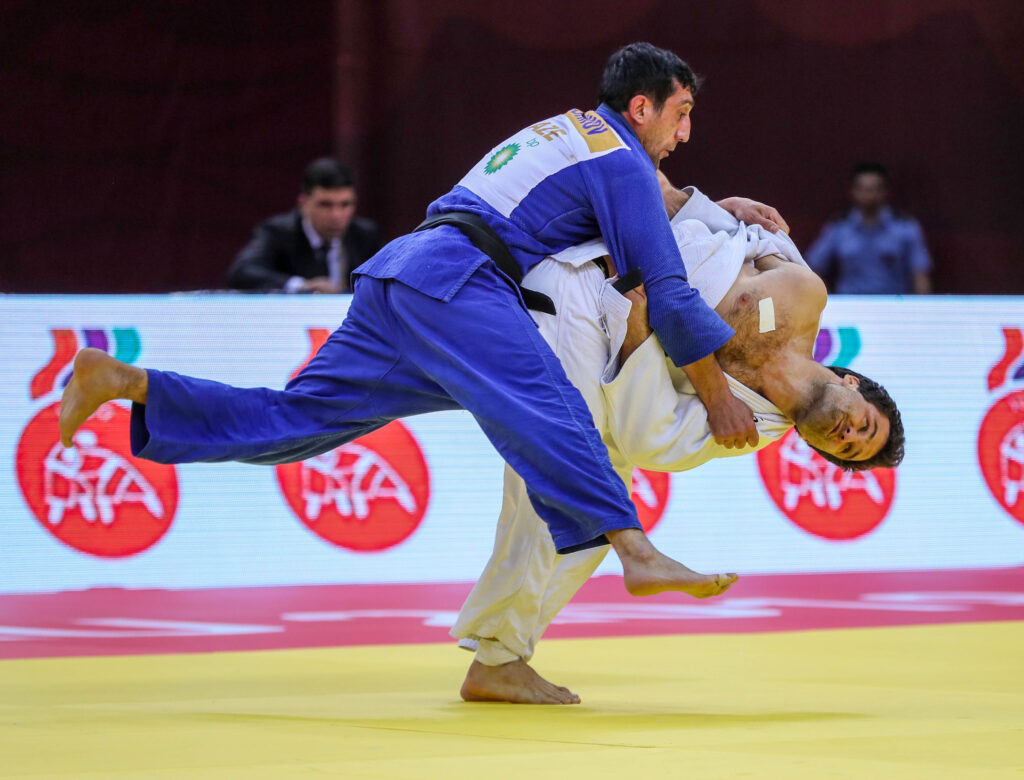 Kornhaß himself says that others might have advantages in the individual components. “But the overall package makes me strong.” And “weighing” before the competition is no longer a hurdle. “It used to be stressful for me to have to weigh exactly 73 kilos on the day of the competition. Today I know how to do it. Above all, it’s excluding water,” says Kornhaß, who currently weighs around 76 kilograms.

The nomination of the German Paralympic team will be announced on 19 July. Kornhaß takes a realistic look at what is coming in August. Since Rio 2016 he knows how magical the Paralympic atmosphere can be. When togetherness is celebrated and there are fights in sold-out halls. The joy of Tokyo is great, but the expectations of what the reality will be is less so. “There will be a huge array of security measures. But I like to be positively surprised by everything that is possible besides hotel rooms, training and fighting.”

Kornhaß knows the city and the competition, especially the co-favourites from Eastern Europe and Asia. During the pandemic, everyone had the problem of reduced training opportunities. Nevertheless, from minute one, Kornhaß will approach them with self-confidence. With the charisma of a winner.