Four judoka have been selected to represent Great Britain in judo at the Tokyo 2020 Paralympic Games.

The Paralympics are due to start on the 24 August and finish on 5 September, with the judo competition scheduled to take place from the 27 – 29 August.

2017 European champion Chris Skelley (men’s up to 100kg) heads to Tokyo ranked number one in the world. Narrowly missing out on a medal at Rio 2016, where he finished fifth, the 2018 World Championship bronze medallist recently won silver and bronze at the Baku and Warwick International Blind Sports Federation (IBSA) Judo Grand Prix. 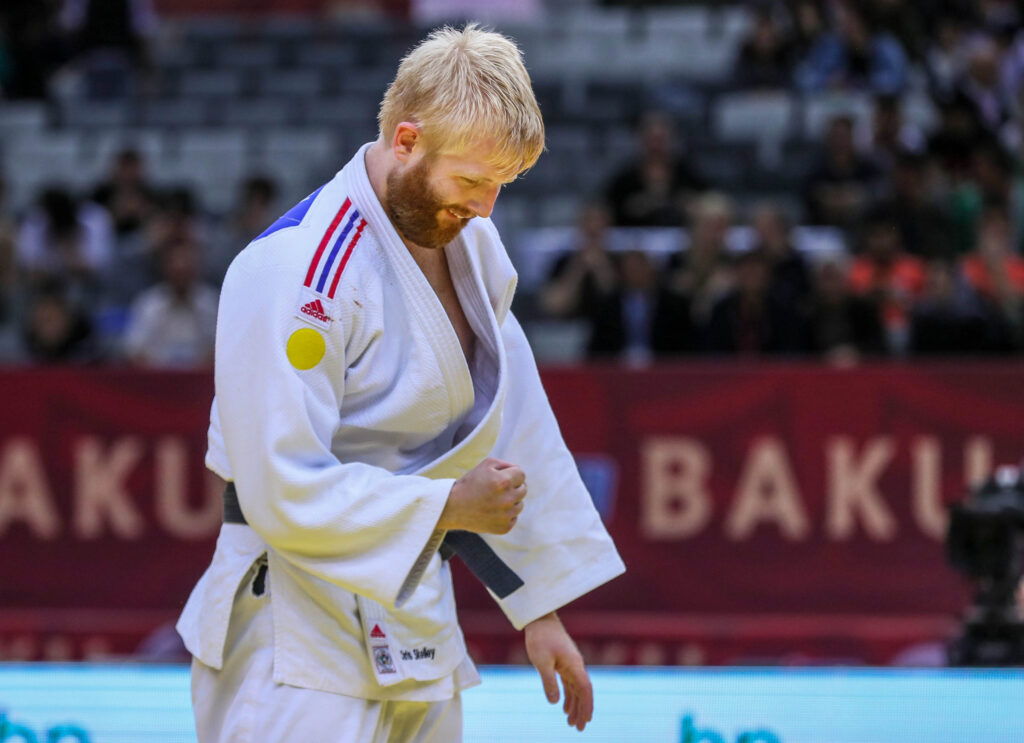 Stewart makes his Paralympic debut after his sight began to deteriorate in 2016. The World and European bronze medallist is currently ranked fourth in the world.

The 33-year-old hails from an impressive judo family – his father Dennis was Olympic bronze medallist at the 1988 Seoul Olympic Games, the same year Stewart was born.

For Stewart, his selection is the realisation of a dream: “It has always been a dream of mine to compete at a Games. It feels amazing that I now get to represent ParalympicsGB, at the home of judo, at the Tokyo 2020 Paralympic Games.

“I am looking forward to the next few weeks of training as we make our final preparations towards the Games and when we arrive, I relish the opportunity to represent my country with pride.”

Former world junior champion Hodgson finished seventh on his Paralympic debut at Rio 2016. Hodgson is the current European Championship bronze medallist and is ranked seventh in the world – a significant achievement for the 24-year-old who has endured multiple injuries and setbacks in recent years.

Powell also has a strong judo background – his father Terry is a two-time Paralympic bronze medallist. Powell made his Paralympic debut, alongside his brother Marc, at London 2012. After stepping away from the sport in 2013 he re-joined the British Judo squad in 2018 and is currently ranked eighth in the world.

Commenting on how proud he is of the four fighters, British Judo Paralympic Head Coach Ian Johns said:

“The four lads that have qualified have given everything, and more, to try and keep the focus of their training in very uncertain times towards what will be the most talked about Games in history.

“The team are extremely excited and are in their final preparations to go and give their best performances and hopefully come away with some medals or placings.

“We have a small but very experienced team that will be going all out to make British Judo, ParalympicsGB and the judo community as proud of them as possible.”

British Judo Chairperson, Ronnie Saez, said: “The guys have proved time and time again that they belong on the world stage. The last cycle has seen them consistently medalling in the European and World Championships. I want to wish the guys the best of luck in Tokyo and I look forward to seeing them compete.”

Penny Briscoe, ParalympicsGB Chef de Mission, said: “It is my great pleasure to welcome Chris, Jack, Elliot and Daniel to the ParalympicsGB team for Tokyo 2020. All four fighters have shown terrific fortitude in securing their places on the team and I can’t wait to see them in action in Japan, the home of martial arts, in just over one months’ time.”

Nigel Donohue, British Judo Performance Director added: “As we head into Tokyo, we have a team who have a track record of medalling at key events in the cycle or have produced some world class performances on the road to Tokyo, which gives extreme confidence in knowing that we have a group of fighters who can compete and perform against the best in the world at this level. It’s a privilege to be representing ParalympicsGB and I believe these Games will be exciting, unpredictable and an opportunity to showcase to the world that we are ready for Tokyo 2020.”

Competition at Tokyo 2020 will take place in the legendary Nippon Budokan.

By ParalympicsGB and IBSA Judo