Goalball: Japan and Korea are the new Asia Pacific champions

Japan (men) and Korea (women) are the winners of the 2022 IBSA Goalball Asia Pacific Championships and become the new continental champions!

In the men’s competition, Japan defeated Iran in the final, only in overtime, by a golden goal, after the tie (7-7) registered in regular time. It was a very balanced match, Iran was several times in the lead, but the Japanese squad showed all the resilience they could get, which was rewarded in the final with the victory. 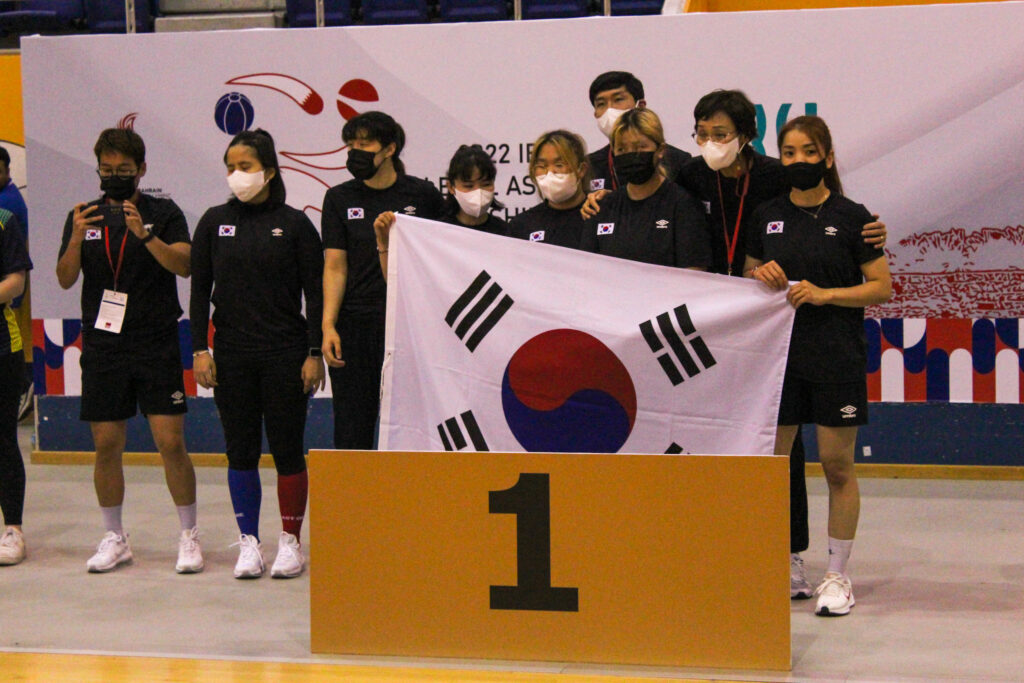 In the women’s tournament, Korea stood against Australia and went smooth all the way. Korea started to gain an advantage and never lost focus, as it is shown by the final result.

In the match for the bronze medal in the men’s competition, Thailand and Korea never gave up. After the tie in regular time (6–6) and no goals in overtime, the decision went to extra throws, which finished with another tie (9-9). The winner was found by sudden death extra throws, and Thailand missed one and Korea didn’t.

All the four teams that played the final matches, Japan and Iran (men), and Korea and Australia (women), have secured their place in the next 2022 IBSA Goalball World Championships, which will take place in the city of Matosinhos (Portugal) next December.

Check all the results of the day and the final standings of both championships: