Algeria took the men’s gold with an 10-5 victory over Egypt to secure their fourth consecutive African title, and a place at the 2022 World Championships.

The full results and final standings are available by clicking here.

The bronze medal match between hosts Ghana and Cameroon could not have been closer.

The score was 5-5 at the first whistle, with both sides showing great attacking and defensive play.

Into the second-half there was still little to separate the teams as they matched each other almost score for score.

Arouna Nsangou proved to be the difference for Cameroon, netting three goals unanswered in the dying minutes to take the lead and clinch the win by a slender one-goal margin.

John Arthur will however leave the competition with his head held high after scoring nine of Ghana’s 11 goals.

Egypt secured a shot at gold with a win over Ghana in the first game of the day.

With the women’s competition featuring four teams, just one semi-final was held to determine both the bronze medallist and the team that would advance to the gold medal game.

The Egyptian side stormed to a 12-5 win, ending the first half with a five goal lead. Manatalia Mohamed grabbed a hat-trick whilst Shimaa Hanafy found the net twice.

But Ghana also wanted a say. The hosts came out fighting in the second half, ending the period with just two goals less than their opponents as Egypt struggled to defend. Catherine Adejeley and Beauty Fiator bagged five goals for one of Ghana’s best performances of the tournament.

Mohamed however stayed strong in attack, getting her name on the board a further seven times to send Egypt into the gold medal game.

But the title race did not go Egypt’s way. Facing defending champions Algeria – the undefeated regional champions since 2016 – the Egyptians struggled to keep pace. 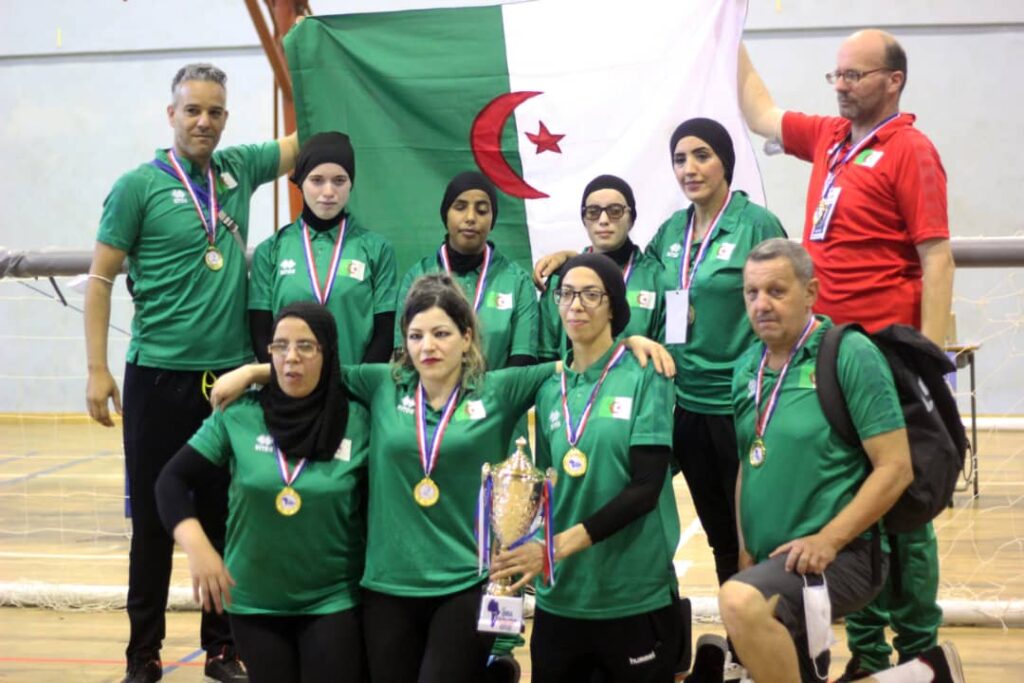 Bennallou also bagged the women’s Top Scorer for the tournament. Along with their teammates from the men’s competition, Algeria punched their ticket to the 2022 Worlds in Hangzhou, China.

Editor’s note: The men’s Top Scorer will be added once full results are received.