Results are available at www.blindfootball.sport alongside live coverage, and pictures for editorial use can be downloaded here.

Nonato bagged his third goal of the competition in the first half. In the second half Tiago da Silva got his first Paralympic goal along with Ricardinho, who scored two goals to place Brazil top of Group A. The defeat for Japan puts them second on goal difference. 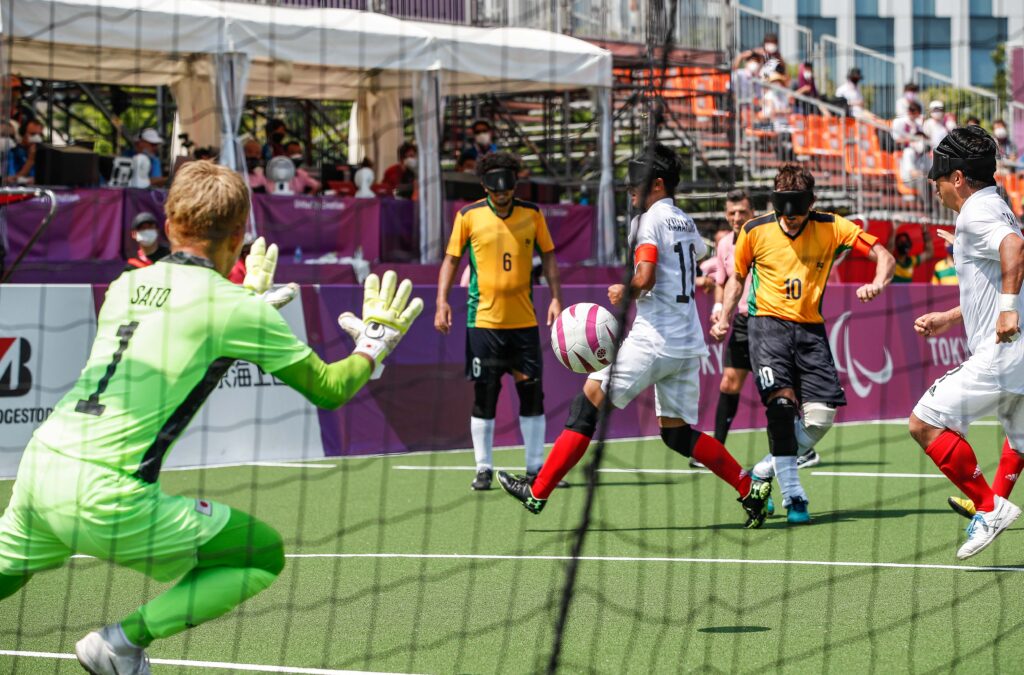 China is third after edging a 1-0 victory over France who slip into fourth in the group. The game was an even contest with chances flying in for both teams throughout. However, a well-worked free-kick routine scored by Zhu Ruiming four minutes before half-time was the deciding factor which gave the Asian champions their first win in the competition.

In Group B, Morocco’s Zouhair Snisla scored a first half double against Thailand, giving the African champions a 2-0 win, their first Paralympic football 5-a-side victory. They grabbed the three points to temporarily sit first place on goal difference. A second defeat for Thailand plummets them to fourth place.

The last game of matchday two was between Spain and Argentina, who were both looking for three points to top Group B. The two-arch rivals battled fiercely for the ball and every inch of space, but it was Maximiliano Espinillo’s first half, and then last-minute, goal which gave Argentina three points and first place. Argentina’s win puts Morocco in second place and Spain in third.

Tuesday (31 August) concludes the preliminary round with all to play for, followed by a rest day ahead of the semi-finals on 2 September.