Home / News / Blind Football: Italy gets a slot in the World Championship

Blind Football: Italy gets a slot in the World Championship

Italy made the headlines on Day 7 of the 2022 IBSA Blind Football Men’s European Championship. The victory against Poland (3-1) secured their fifth place in the competition, which means direct entry into the World Championship that will take place in Birmingham in 2023. Normally, the first four teams of the European tournament have their place secured, but England is already one of them, so the fifth place gives access to the next edition of the World Games. 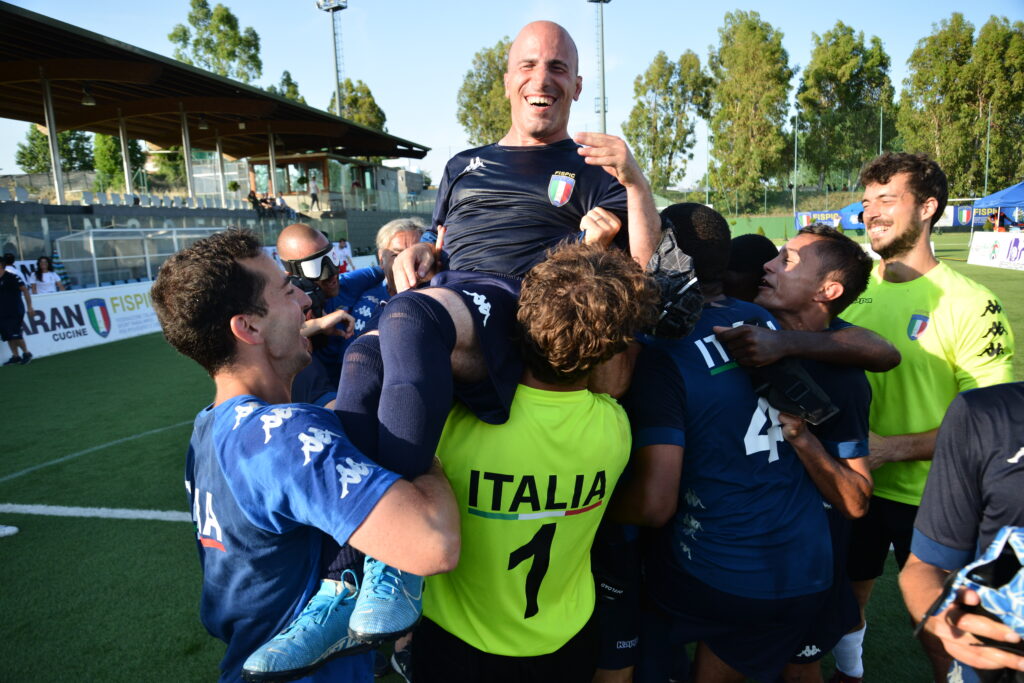 So, the party went on on the pitch at Delfino Training Centre, in Pescara, after the match. With three goals scored by the star of the Italian national squad, Paul Iyobo, the way to Birmingham was celebrated almost as if they were the new European champions! The goal for Poland was scored by the striker Martin Jung.

That was the last game of Day 7, but before that, Greece tried to put pressure on the ‘Azzurra’ with a tie against Romania (2-2). The team led by Sorin Lapadatu opened the score with Florin Kovacs (penalty kick), but Dimitrios Feimoglou tied the match. Krisztian Kovacs put the Romanian team ahead again before the halftime whistle.Only in the second half did Greece close the score, thanks to the Greek captain, Dimos Zacharos. They passed Italy in the table standings, but had to wait for the last match, which put Italy in Birmingham.

The first game of Day 7 was to decide the 9th and 10th places in the competition. The current European champion and already relegated to Division B, Spain, had to stand for honour and got the victory against the Czech Republic (2-1), goals scored by Julio Sanchez and Ivan Lopez. The Czech goal (the only one they scored throughout the competition) was scored by Lukas Valer. 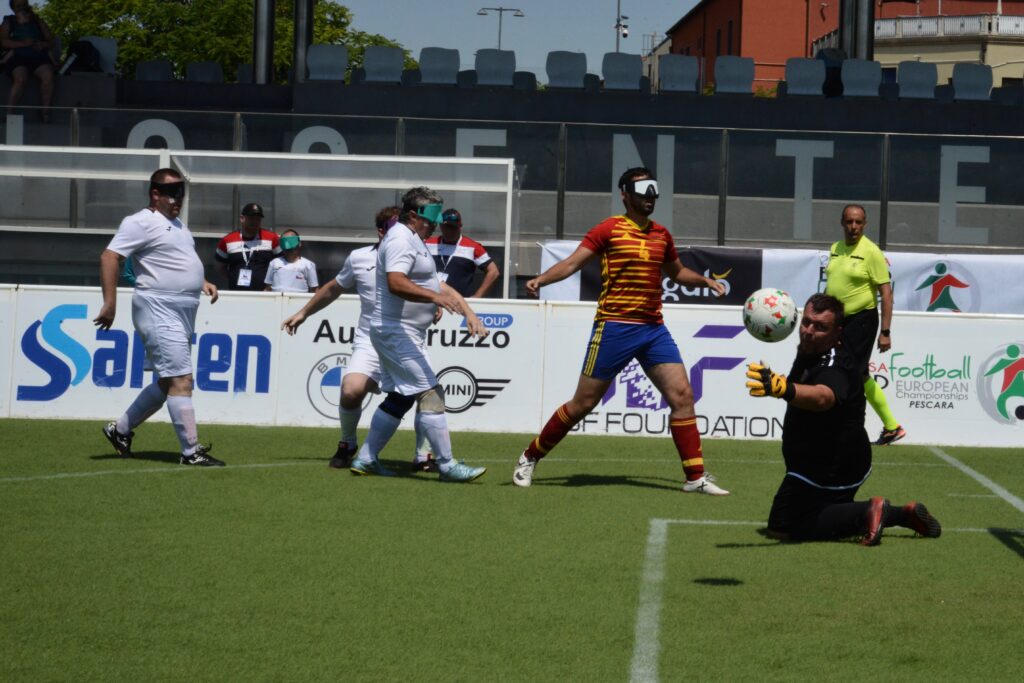 Here are the final standings for the play-out mini-tournament:

This Friday will show which team will succeed Spain as the next European champion, and also to decide the 3rd and 4th place. Here is the calendar (CET):